L.A. and Chicago designer Stephan Jones collaborated with his mentor, legendary interior architect Bruce Gregga to redesign this contemporary Montecito home. The enclave of Montecito has been a long sought-after haven, where Americans can bask in Mediterranean-esque winters and cooler summers without leaving the country. Jones describes it as the “Riviera of the United States,” as Gregga contends that it’s more beautiful.

The goal of the homeowners was to capture that beauty and bring it inside of the home.

A Canadian couple prominent in entertainment and the arts, they often vacationed to the area during Canadian winters and decided to buy the modernist house as a second home. Gregga had already worked on the property some twenty years before with home’s original architect, the late Jack Warner.

The couple wanted the original ‘70’s style restored, with clean lines and neutral palette to bring the indoors and outdoors together. The wife client also wanted a simple, tidy space that would contrast their one-hundred-year-old Gregorian-style home. 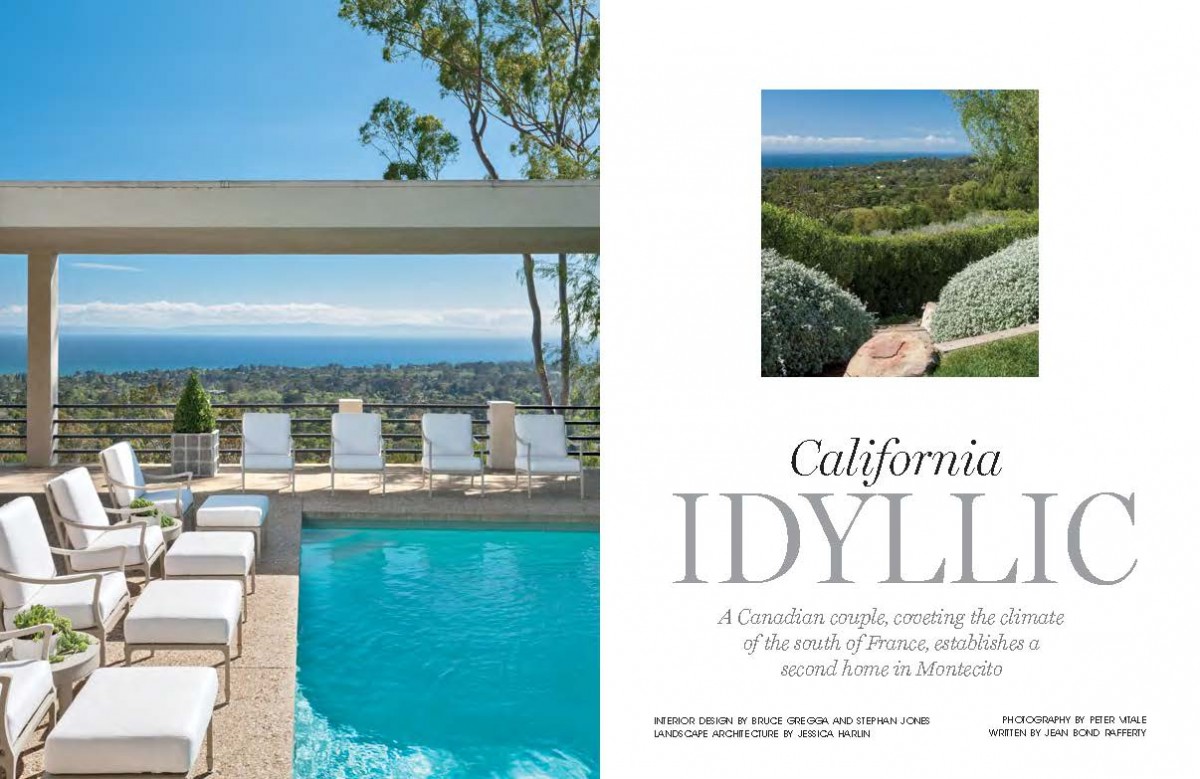 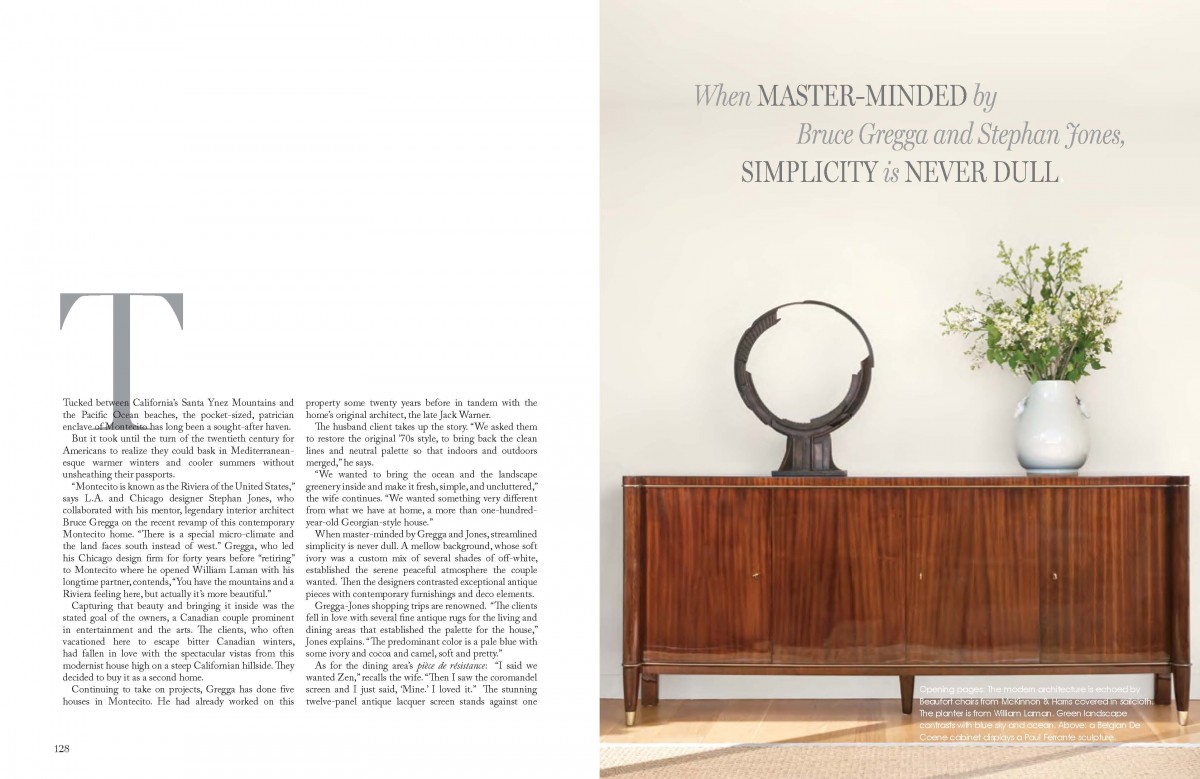 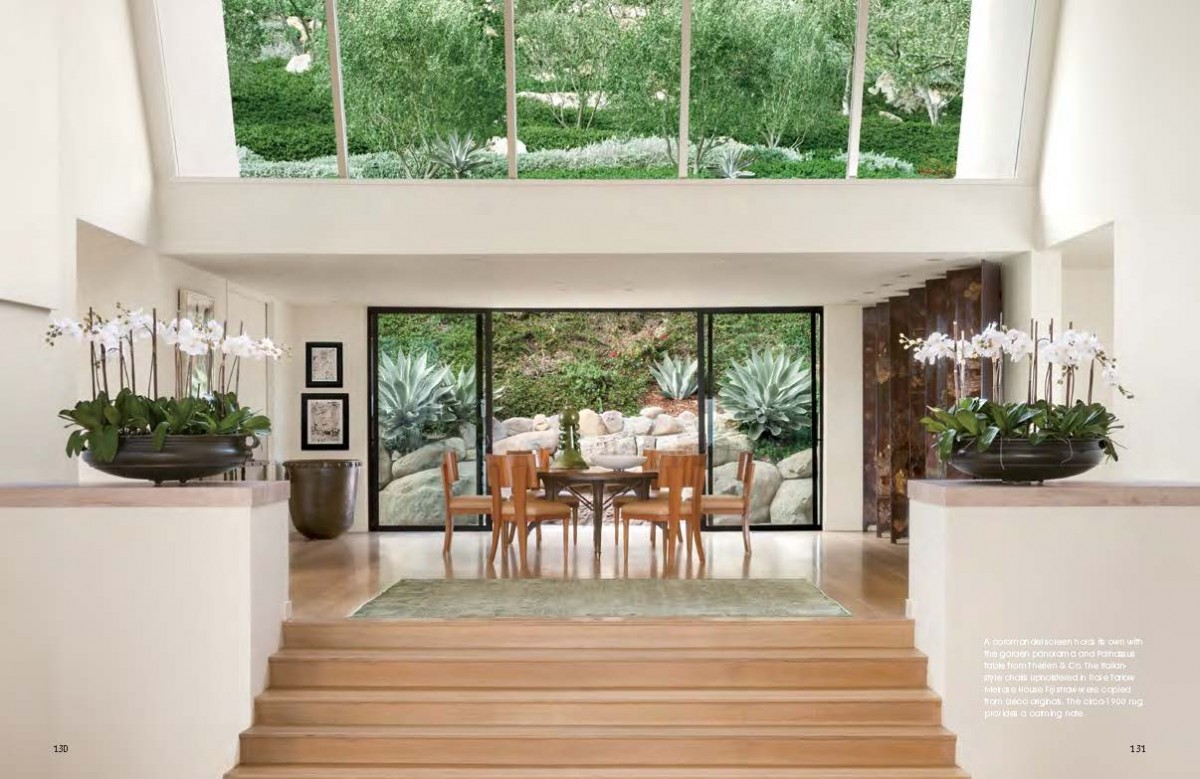 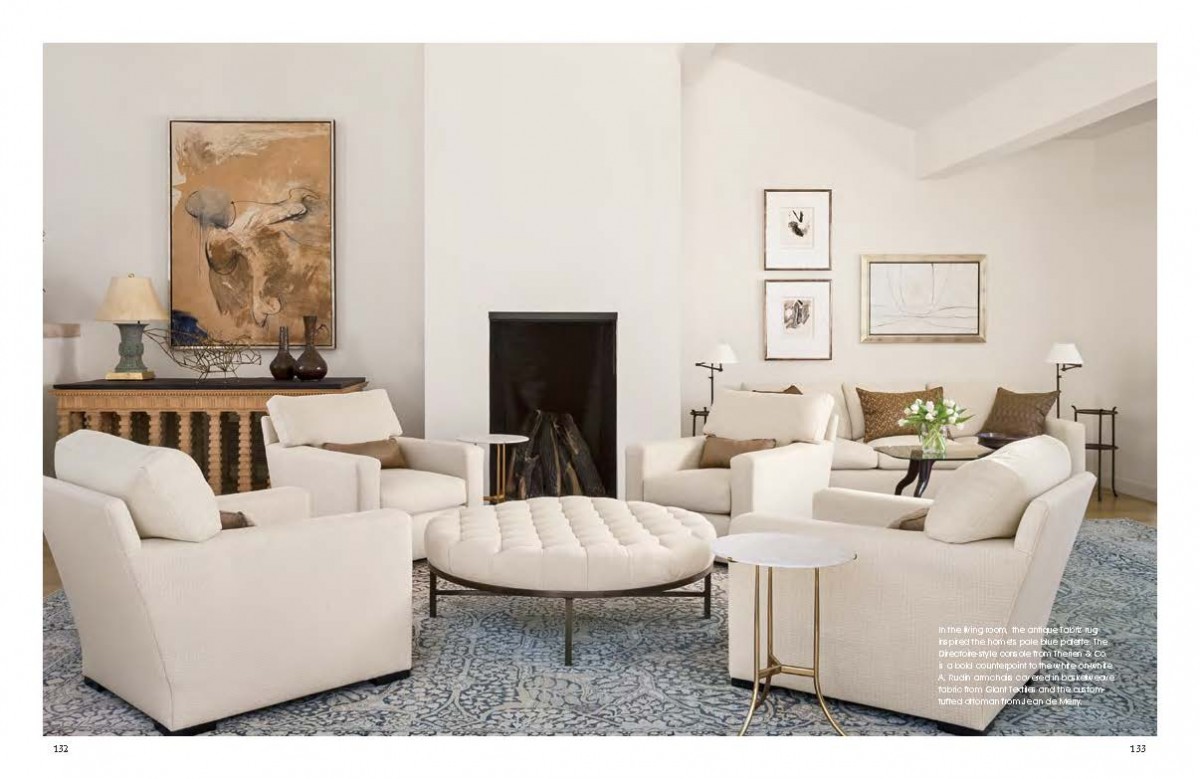 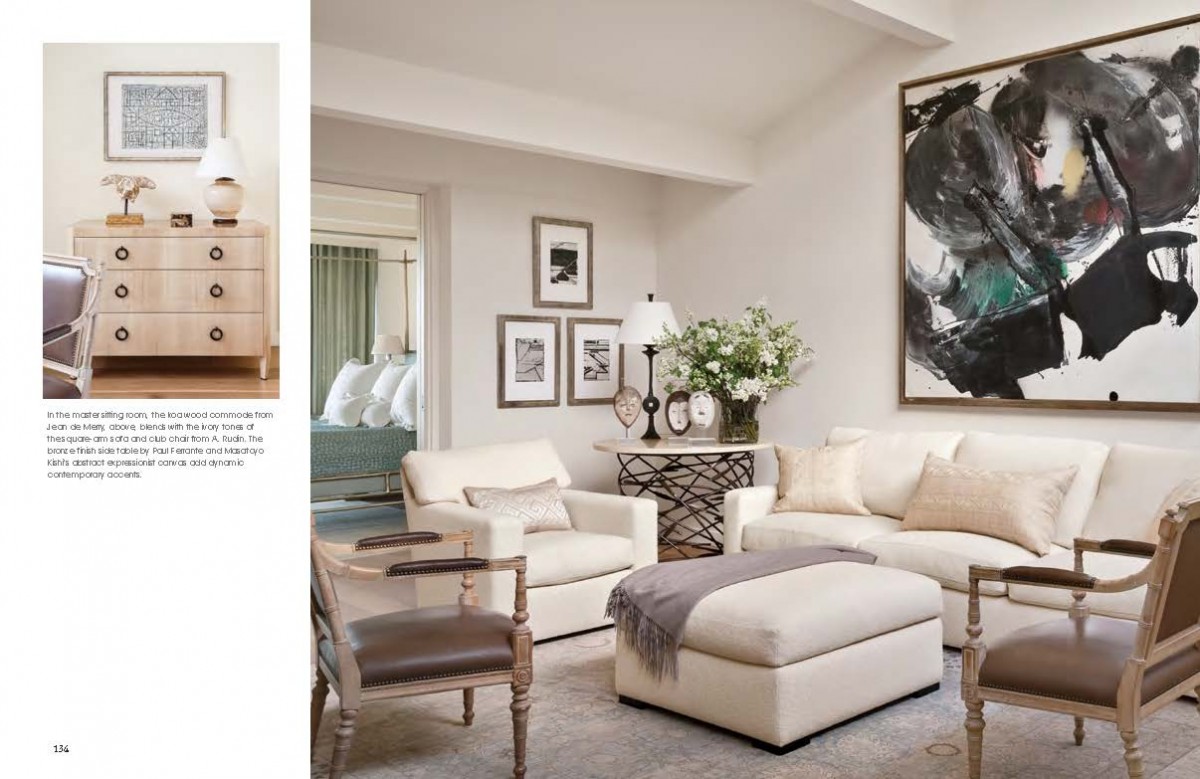 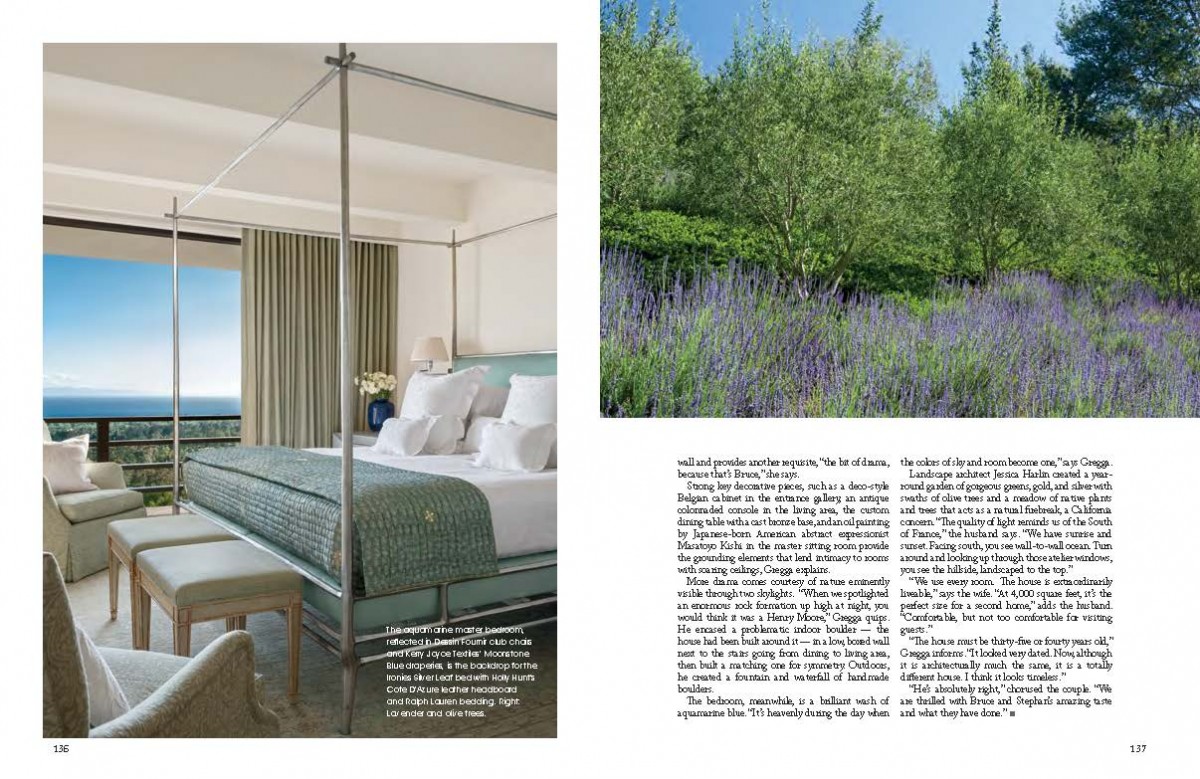 When master-minded by Gregga and Jones, streamlined simplicity is never dull. The ivory mixed with off-white walls give the space the serene, peaceful atmosphere the couple wanted. Jones and Gregga also contrasted antique pieces with contemporary furnishings and art deco elements.

Jones explains that the palette for the house is pale blue, as it was established during shopping trips with the couple. Dramatic pieces that are characteristic of Gregga include the deco-style Belgian cabinet in the entrance gallery, the colonnaded console in the living area, the custom dining table and an oil painting by Japanese-born American abstract expressionist Masatoyo Kishi. “They provide the groundwork that gives intimacy to the rooms with high ceilings,” Gregga explains.

“They provide the groundwork that gives intimacy to the rooms with high ceilings,”

More drama comes naturally through two skylights in the home. The bedroom is aquamarine blue, that looks best during the day when the colors of both spaces become one. Gregga says that the house that once looked very dated is now timeless. “He’s absolutely right,” the couple says.

“We are thrilled with Bruce and Stephan’s amazing taste and what they have done.”