Part of the joy of being an interior designer is finding solutions to the particular challenges presented by each project I work on. Every home is a puzzle and all the pieces must fit together perfectly for the project to be successful. I take great pride in devising a creative plan that is physically beautiful, functionally sound and in keeping with my clients’ needs, sensibilities and tastes. 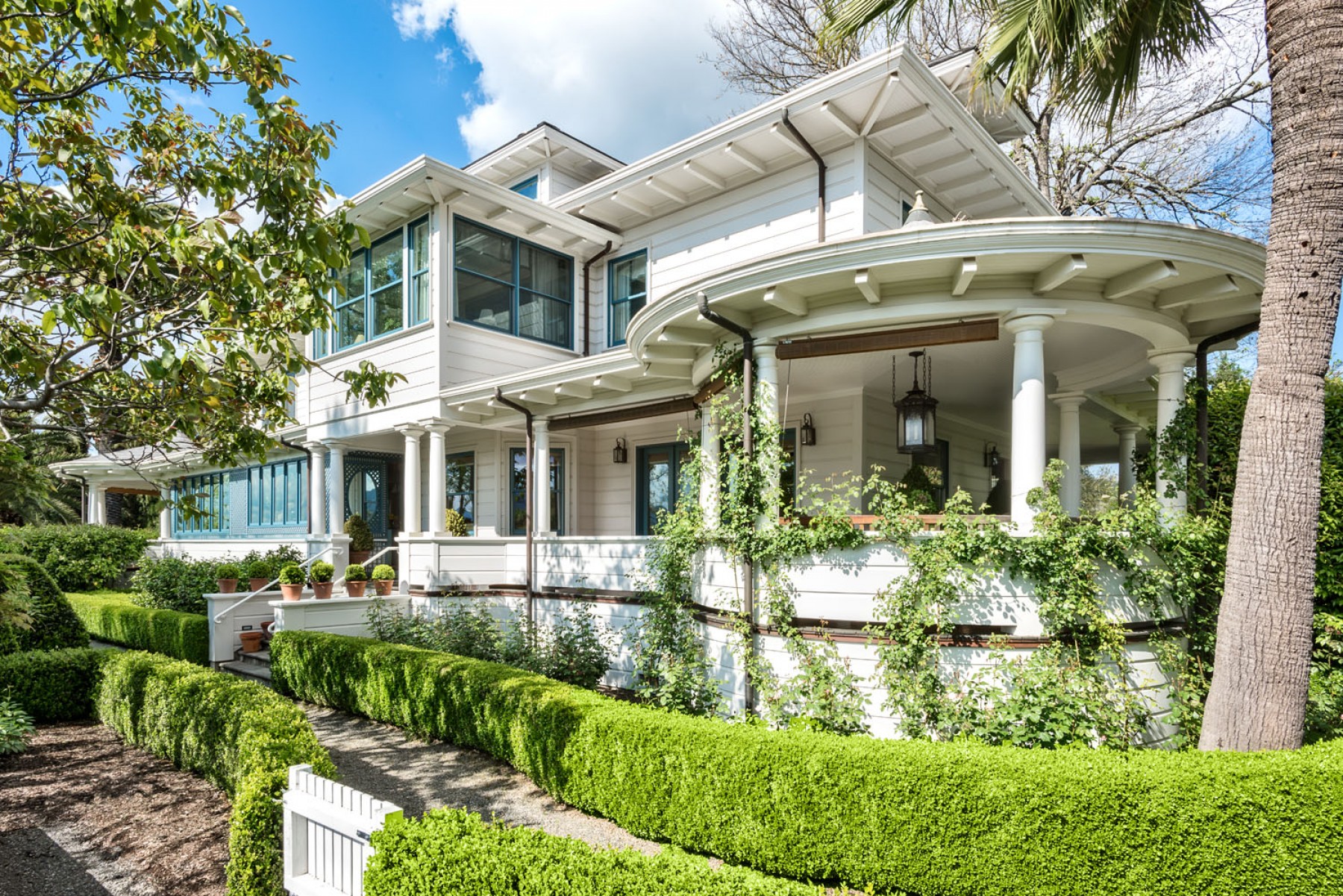 This is the story of several generations of family that take great pride in the stewardship of their property, a wine country farmhouse they call home that was built in 1900. Originally, I worked on this house in 2000 for the parents of our client and was brought back thirteen years later by this next generation of family who had come to live there full-time with their three young children. After being asked to redesign the interior of the pool house, I was commissioned to update the interiors of the house which included the renovation and expansion of the family living spaces.

The house, although large, had many small rooms, that were fitting to the period in which it was originally built. Everyone needed more elbow room, especially in the places where the family liked to gather, the kitchen, and family room. Although west-facing, this space was rather dark, with small windows and a wrap-around porch which cut-off the natural light.  In the kitchen, the owners, who enjoy cooking, were frustrated by the lack of counter space and room for a family of five to be together. Also lacking was a separate breakfast room, as the family room was serving both functions and was cramped as a result. 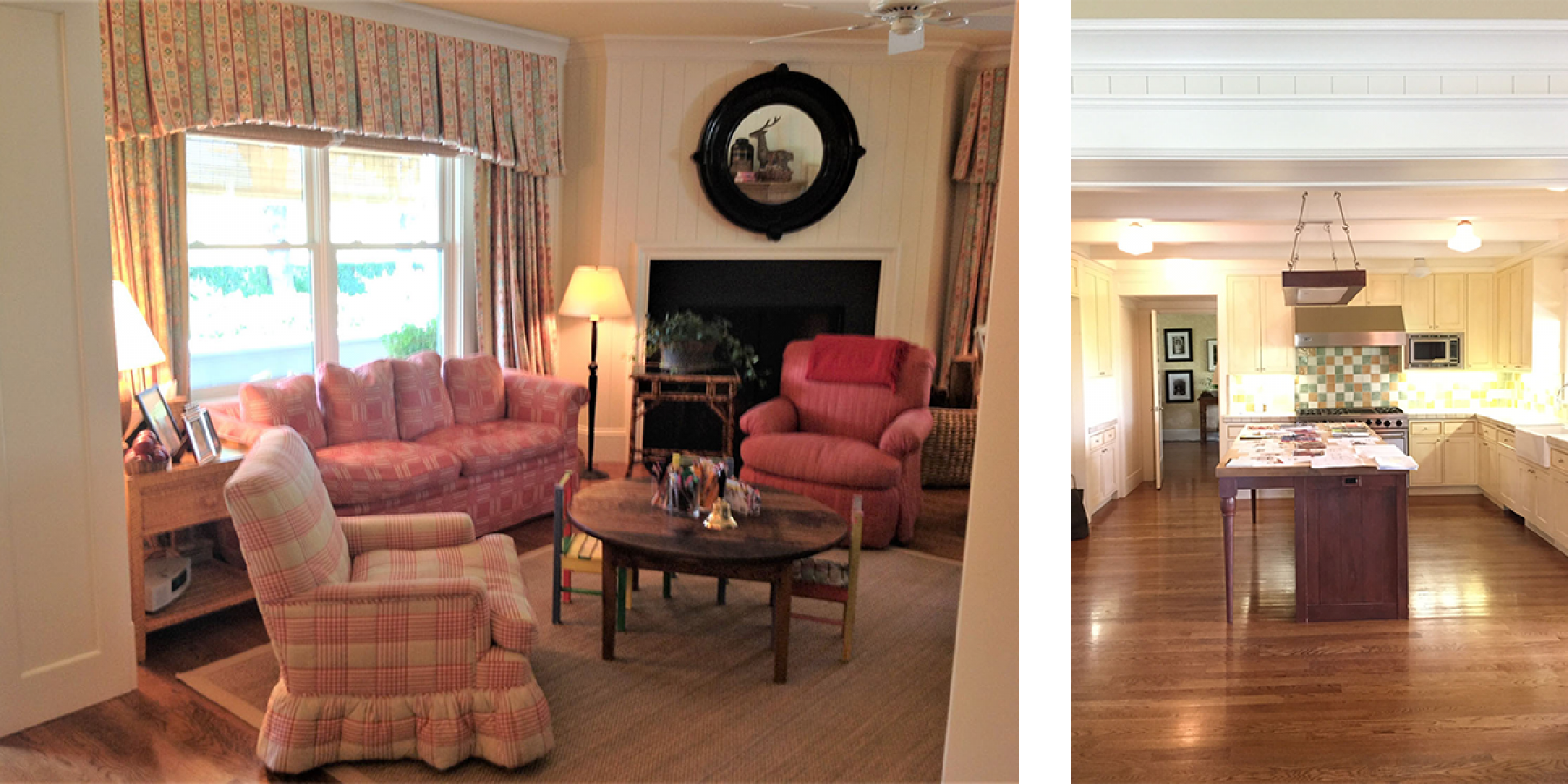 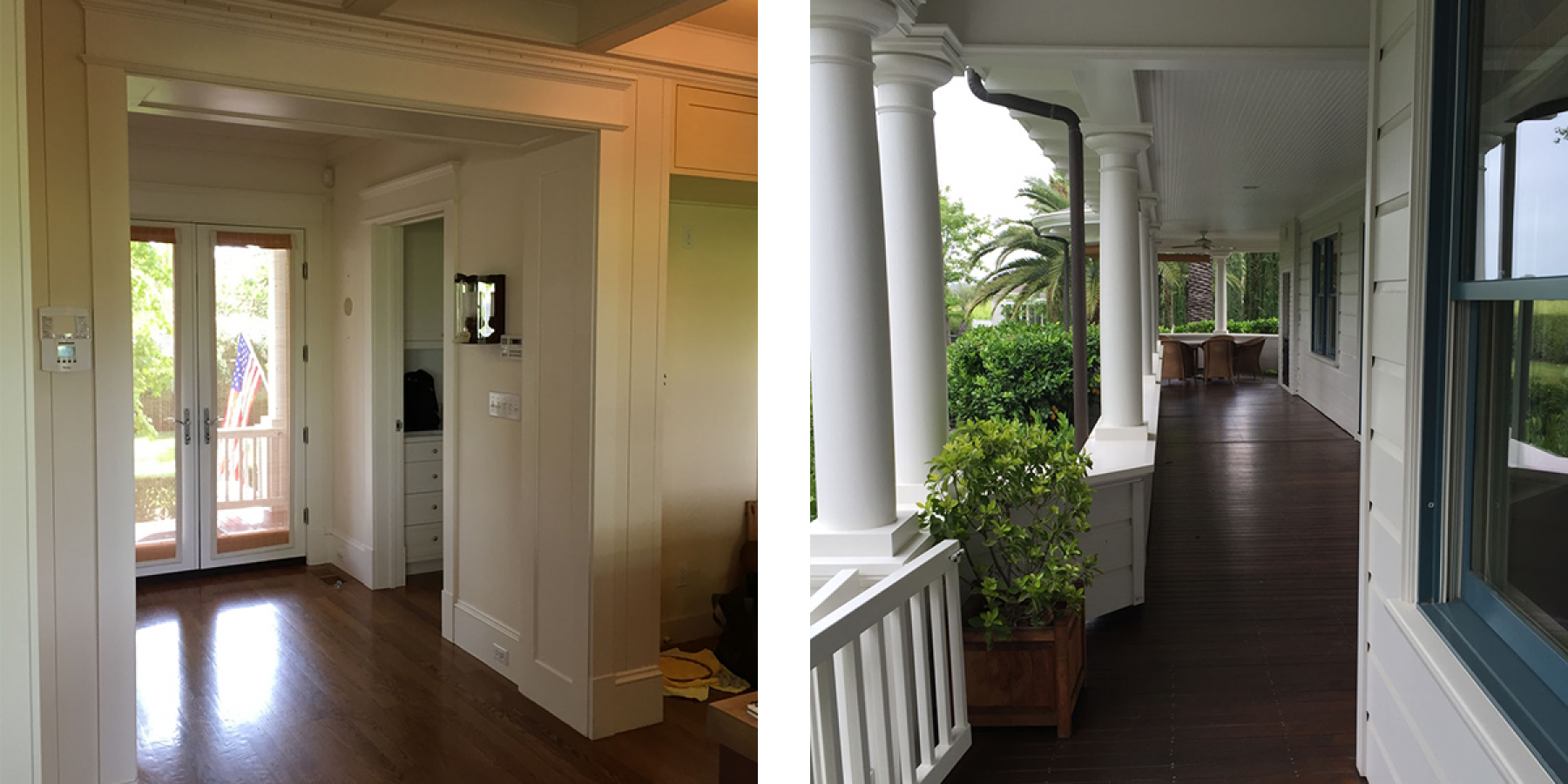 I was able to expand the kitchen, adding a breakfast room which simplified the functions of the family room, without having to change the house’s footprint. I accomplished this by incorporating the porch area outside of the kitchen and existing family room to expand the kitchen and create a breakfast room. With the extra square footage, the kitchen became large enough to accommodate a large island and space for the family to cook together. We also updated the recessed LED fixtures to provide even more lighting. These three spaces now flow together, giving multiple spots for the family to spend time together. 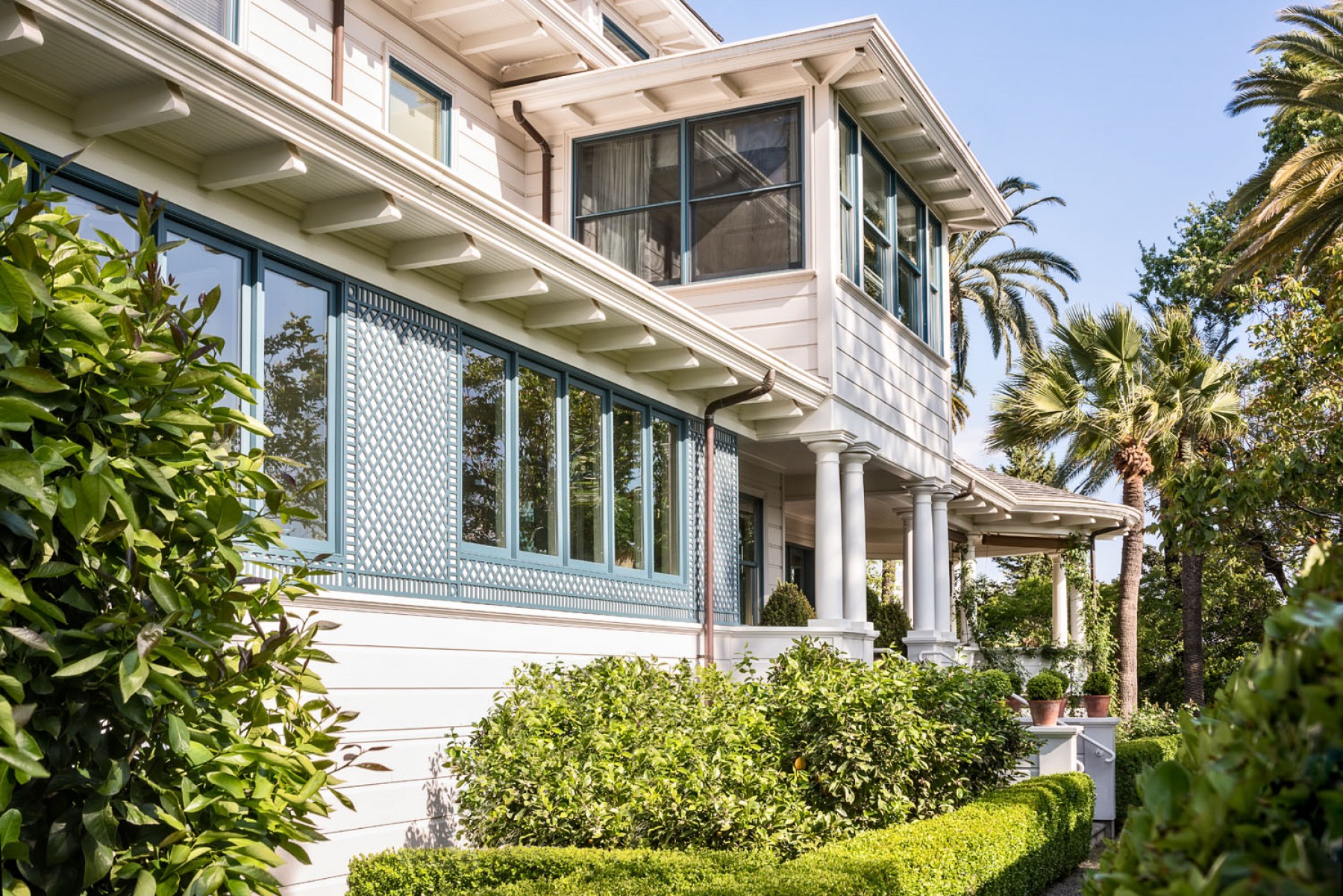 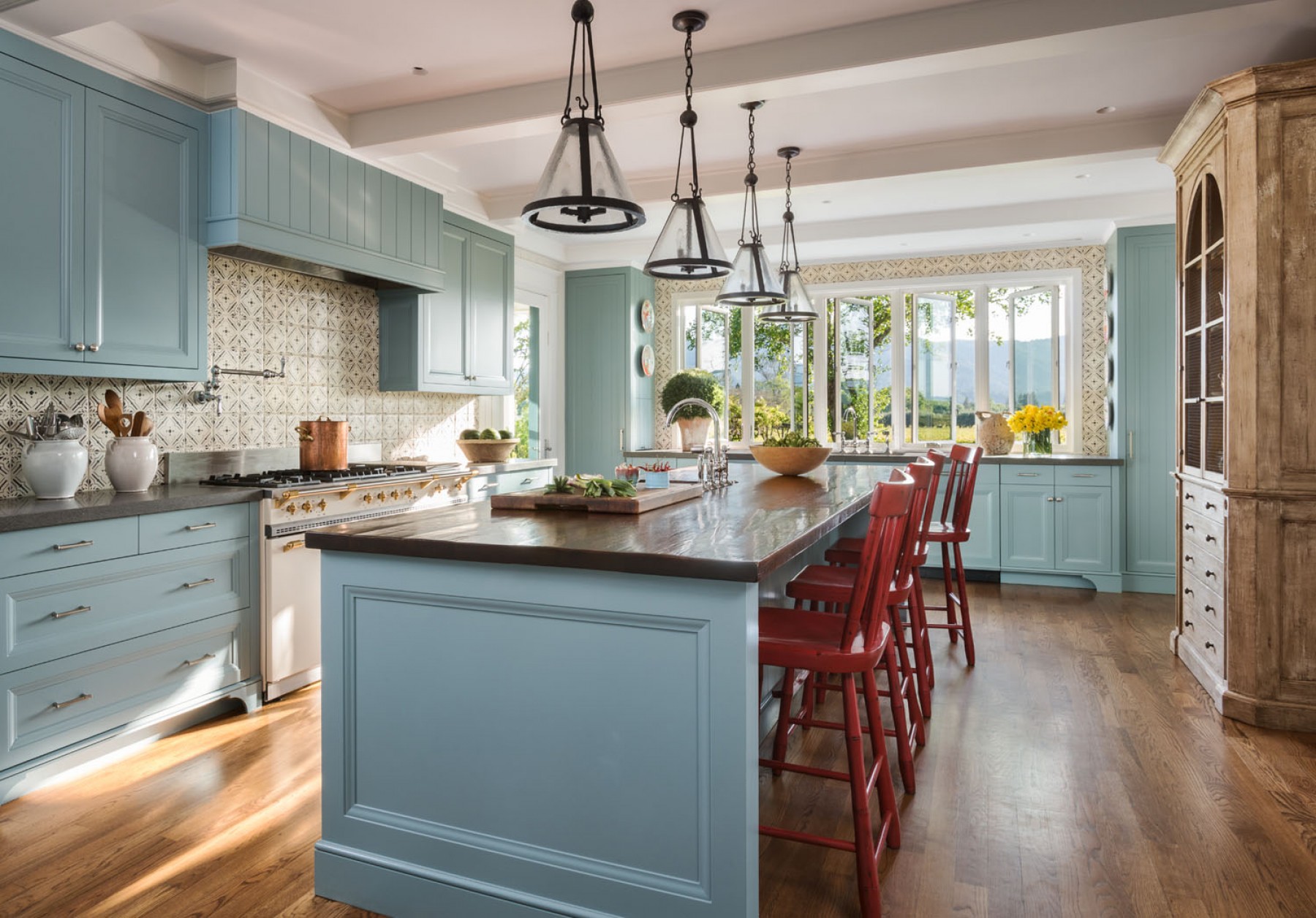 In the family room we took out the north facing windows and replaced them with bi-folding glass doors, which opened up the space enormously and offered stunning views of the property’s pool and gorgeous gardens. The new breakfast room opens directly into the family room and visually expands and brightens the space as well as offering beautiful views of the vineyard and mountains to the west. 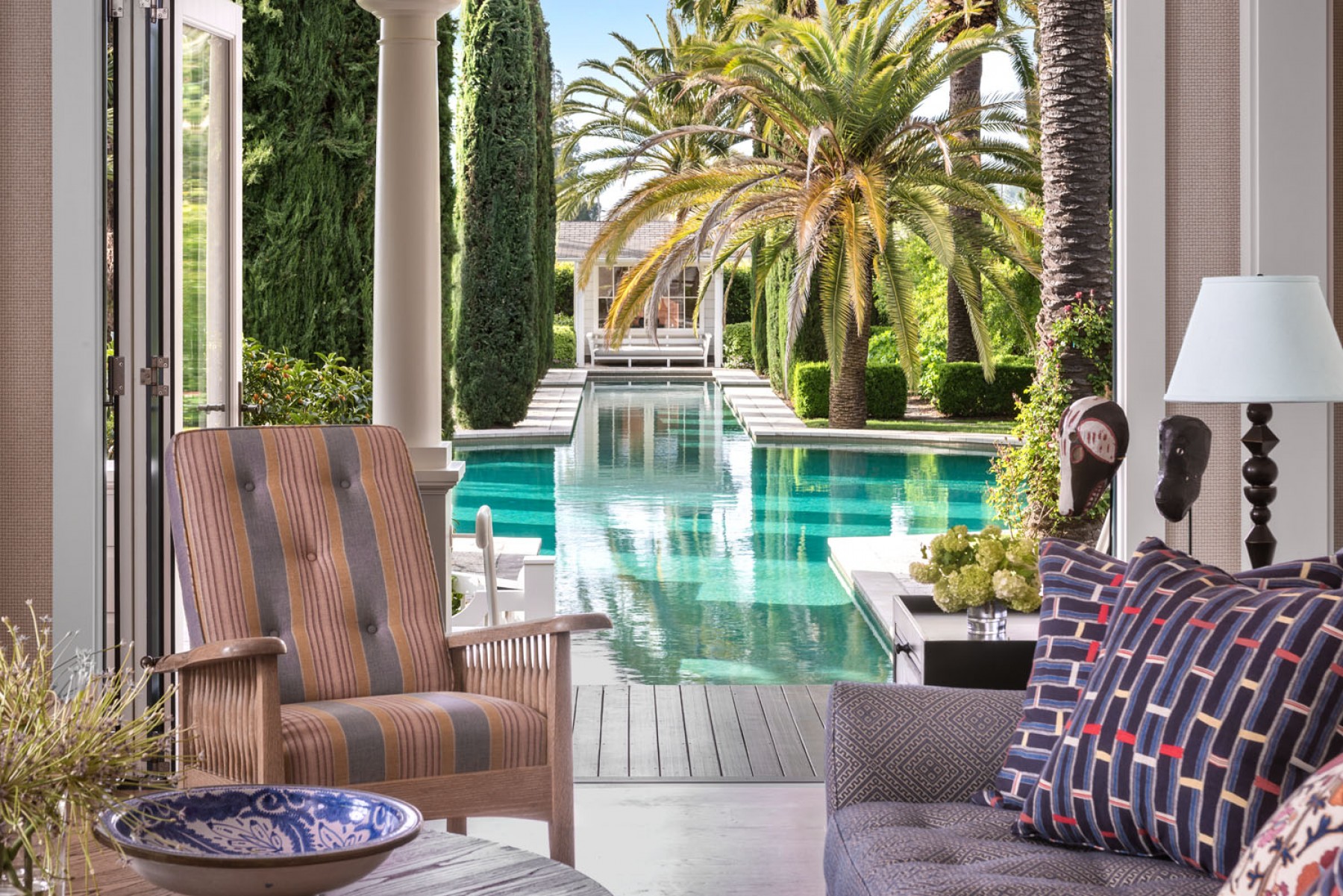 I think what was best about this project is that it was not just the renovation of a space, but the transformation of a lifestyle. It enabled the family that lived there to operate and come together in a bright, beautiful and functional interior with a positive atmosphere that reflected who they are and how they live. 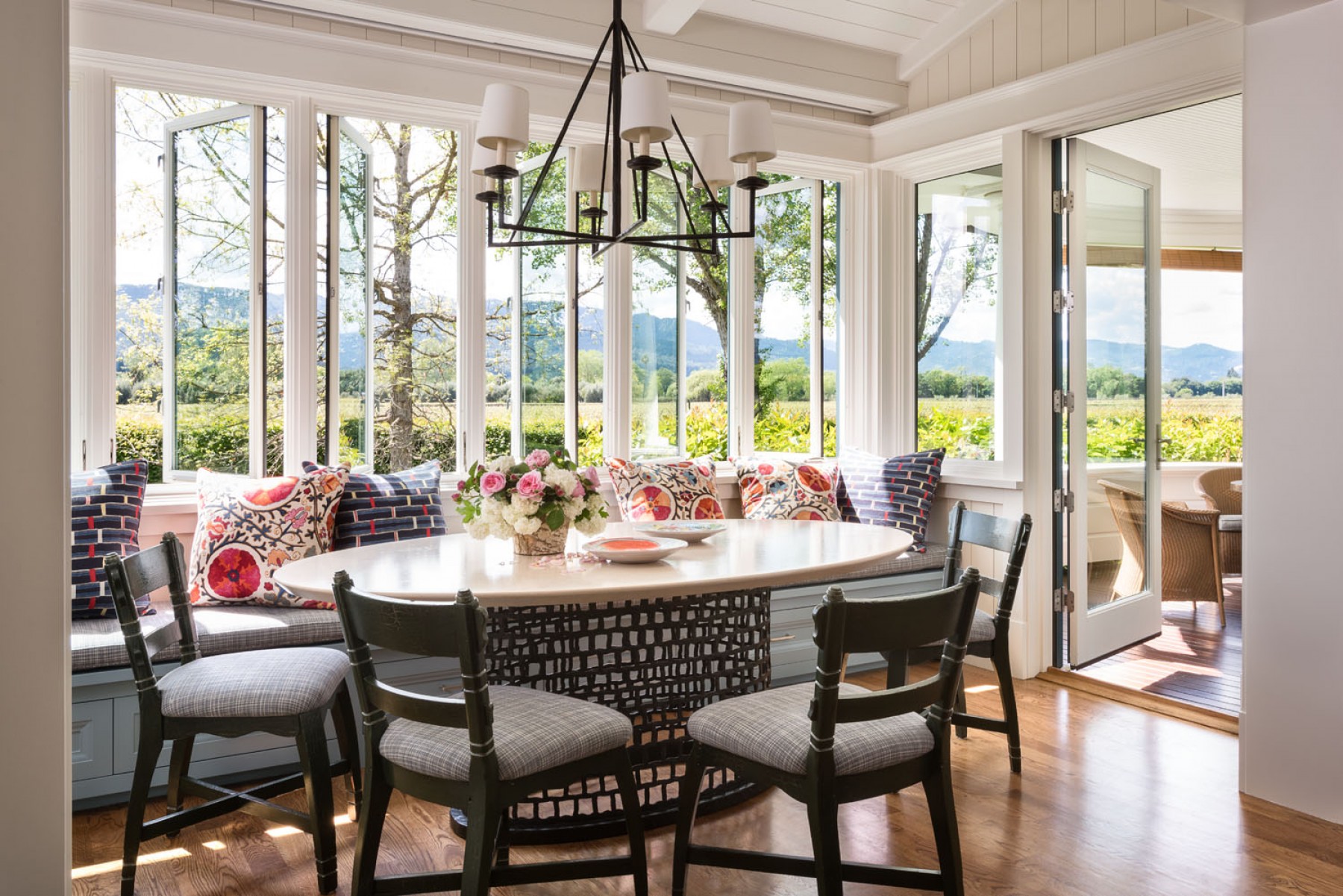 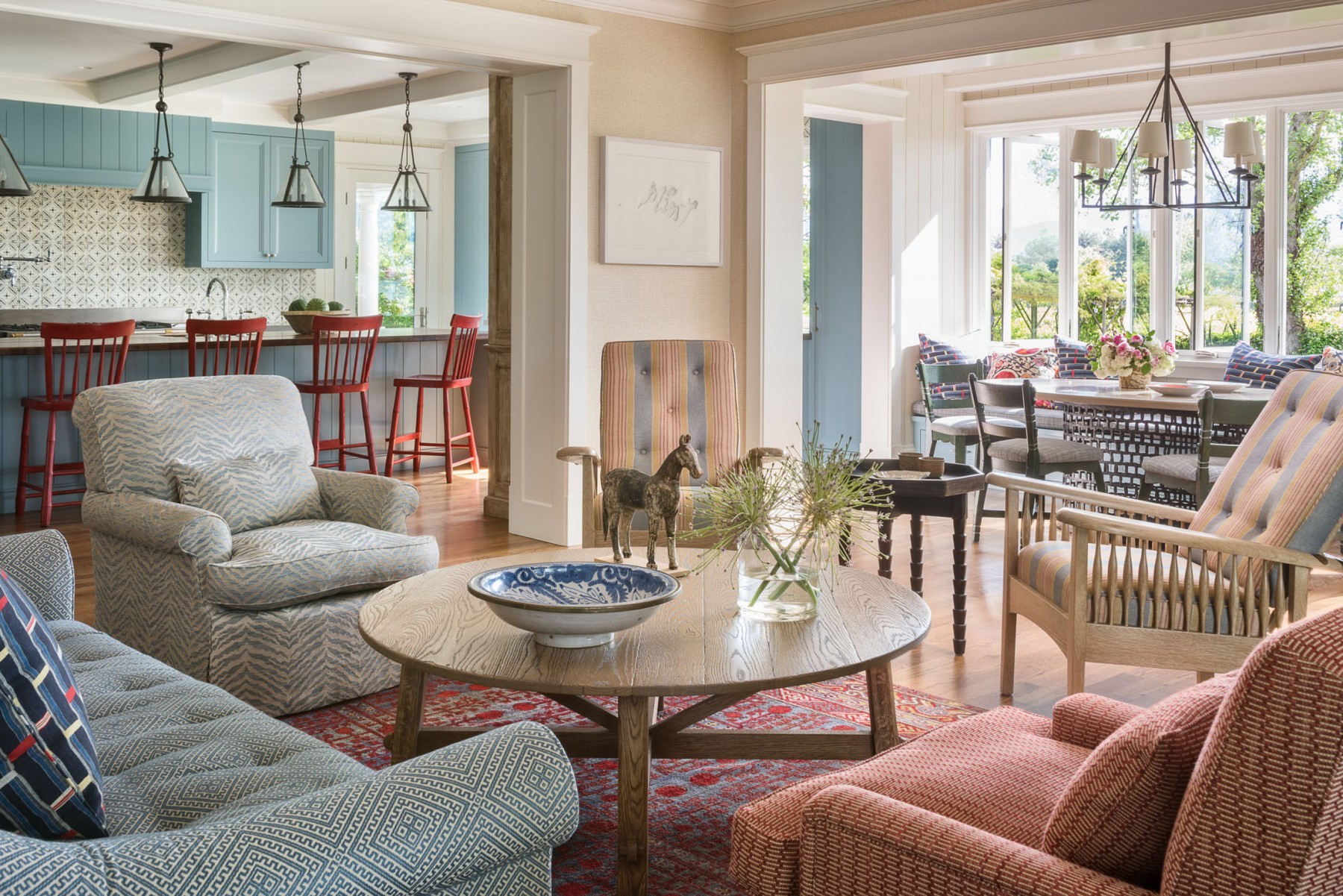 reflected who they are and how they live