“I will say, Francis is not my typical client,”

says Stephan Jones, the decorator behind art dealer Francis Mill’s new loft in San Francisco. They met fifteen years ago while Jones was looking for mid-century Bay Area Figurative Movement artworks for a project. Both became friends and when Mill bought a space in the South of Market neighborhood, Jones was a natural choice as a collaborator on the design of the space.

The 1,200-square-foot space is in a former pharmaceuticals warehouse built in 1937. Mill and Jones’ goals were to keep the space’s idiosyncrasies while creating a stylish, flexible and functional environment. It would serve as a living space and studio for Mill. 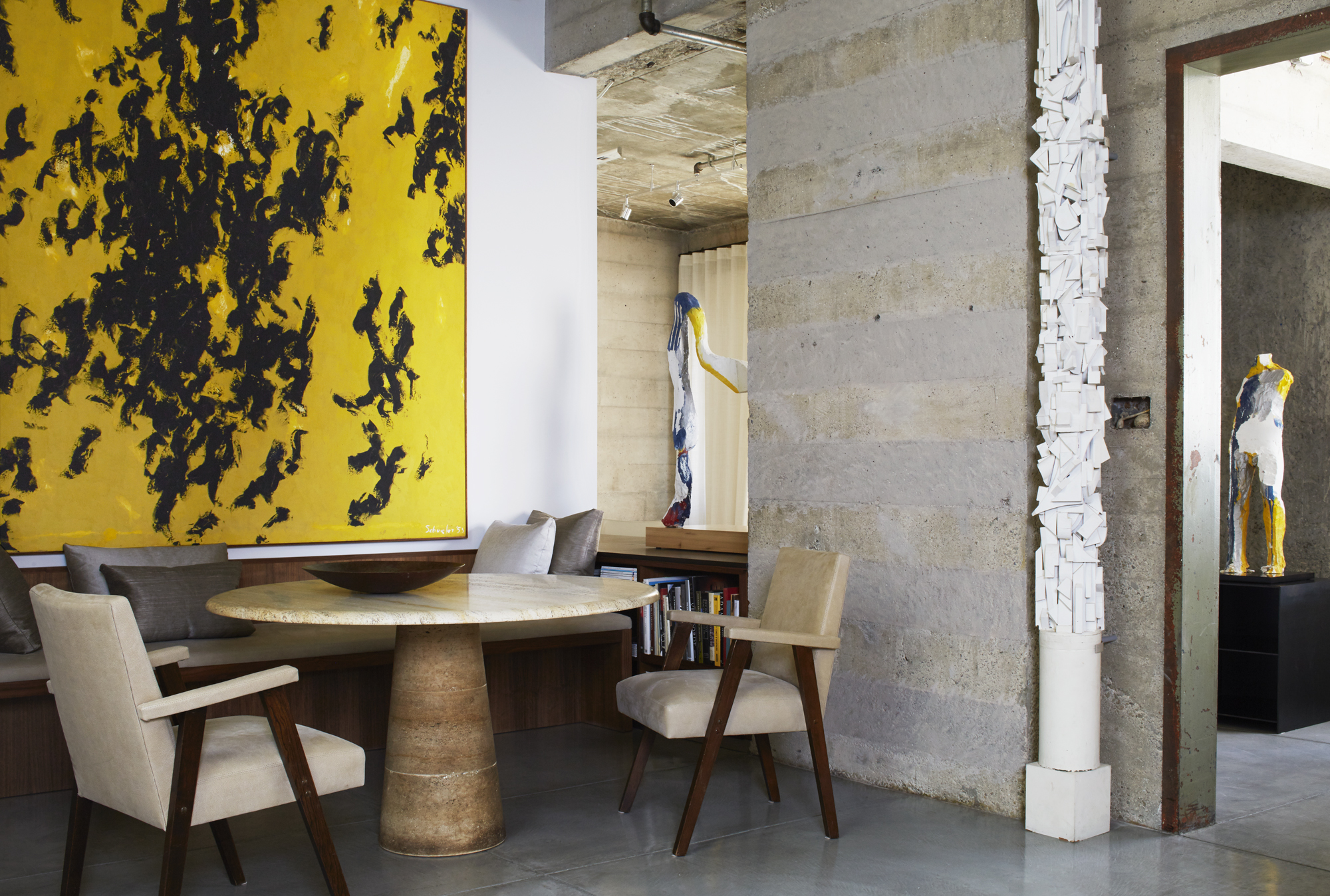 Jones designed many of the elements in the loft to be modular and flexible, akin to Mill’s vision and tendency to rearrange his art and furniture. He also created “anchor zones” for balance such as the living room niche with a minimalist wooden banquette and daybed.

Although the previous owners of the loft tried to polish its concrete walls, Mill and Jones chiseled them further to bring back their industrial, dynamite-based texture.

“I wanted a more soulful space,” explains Mill. He and Jones designed the space while keeping in mind that designing around ever-changing artworks would be impossible. The versatile setting and dynamism are crucial to Mill’s aesthetic and a part of his philosophy.

“I wanted a more soulful space,” 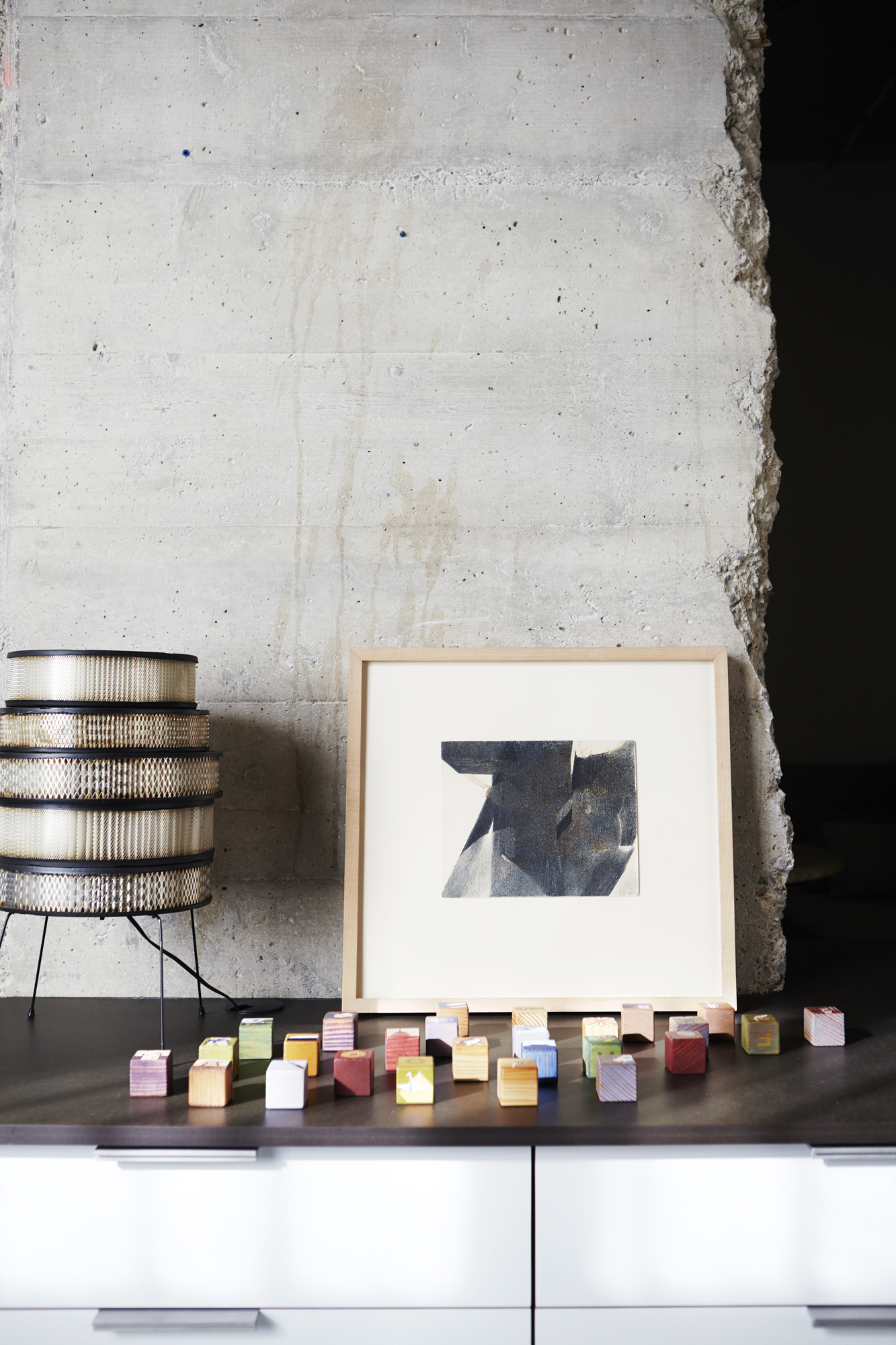 Mill’s loft also has several unexpected details, such as the white Legos, a feather collection and sand that fill the art studio’s cabinets. The human-sized proportions of the space also offer, as Mill says, a new intimacy with the pieces that fill the loft. This embraces the goal of Jones and Mill’s design to keep it versatile and a constant work in progress. 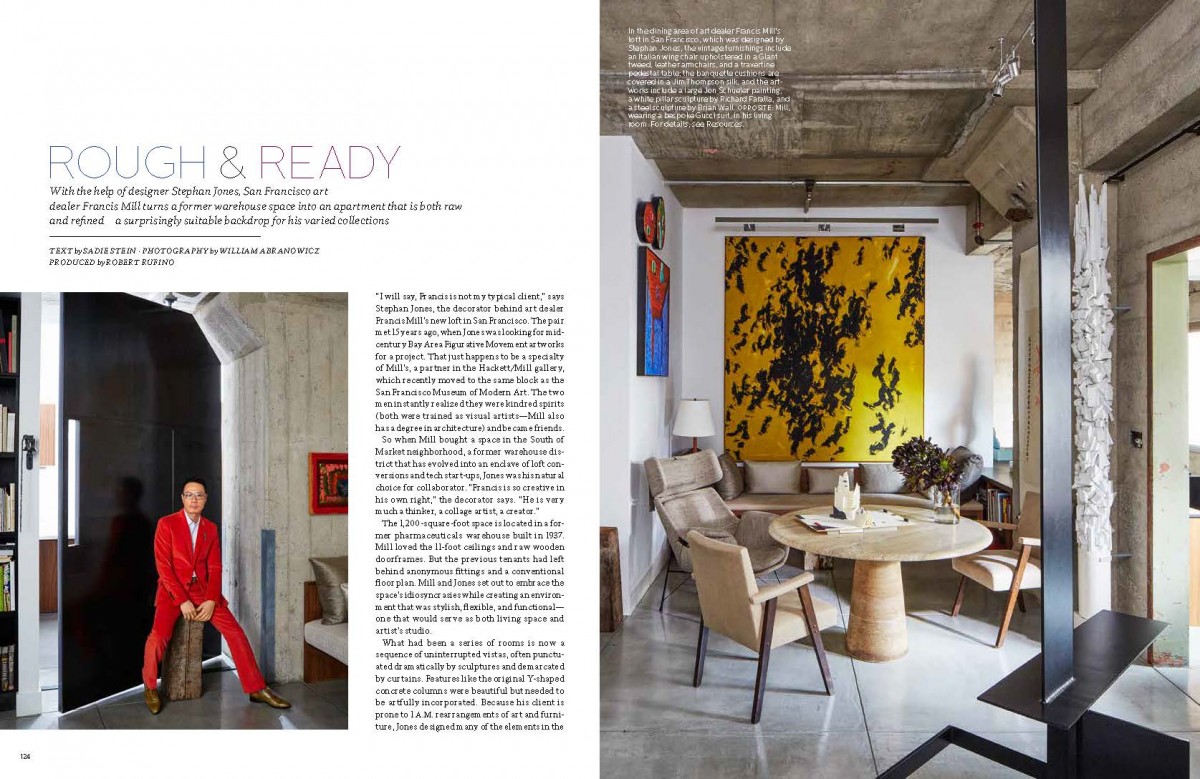 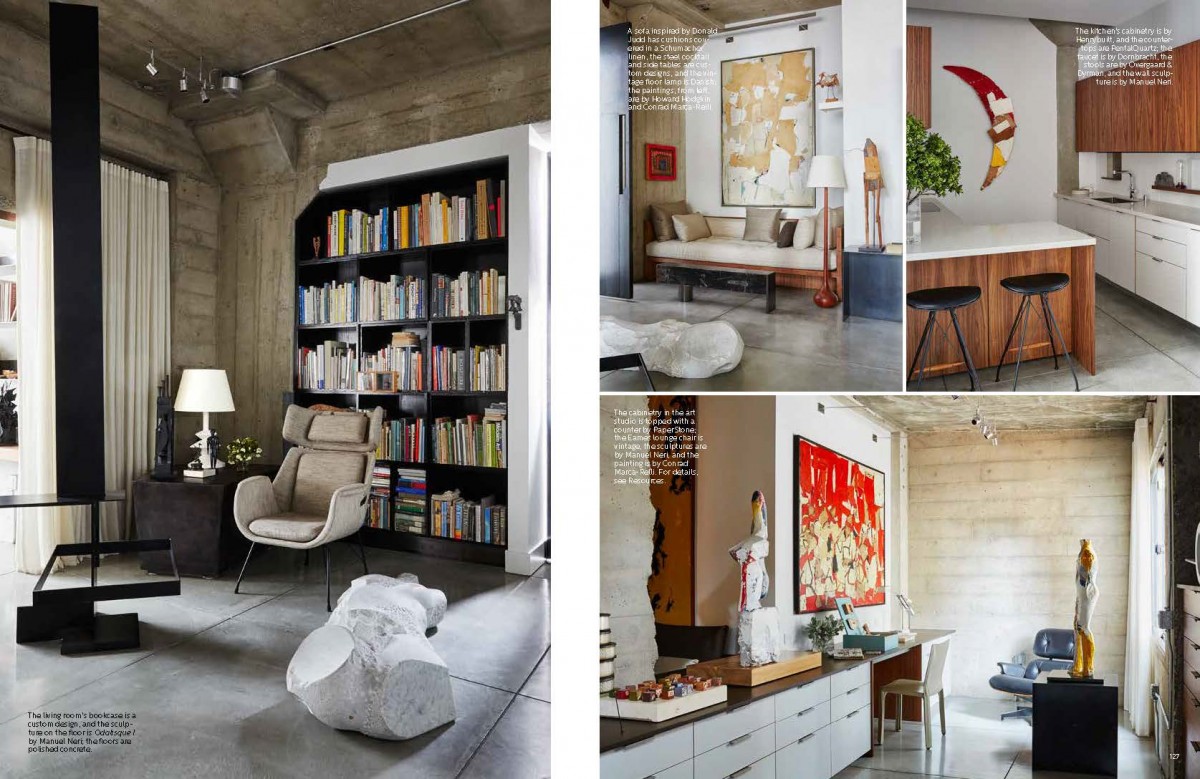